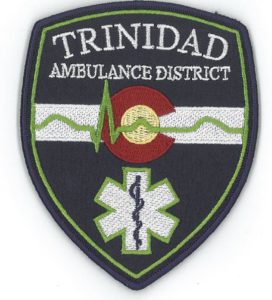 As a political subdivision of the State of Colorado, Trinidad Ambulance District is required to submit a number of required filings to the Colorado Department of Local Affairs throughout the year.  These filings are primarily financial, but also include election results, a board of directors list, among others.

Trinidad Ambulance District (TAD) was established as a Special District under Colorado Law in 1989 to serve the emergency medical service needs of the citizens of Las Animas County.  TAD is supported, in large part, by a percentage of county property tax dollars collected.  Payments from patients served, or their insurance provider, make up the remaining balance of our budget.  In 2006 the voters of Las Animas County approved, by a general election ballot question, to expanded the district’s boundaries to include all of Las Animas County excluding the Kim School District.

TAD is administered by a five member Board of Directors who are elected to serve four year terms.  The laws governing special districts also require that TAD operate under a Service Plan which is approved annually by the Las Animas County Commissioners.